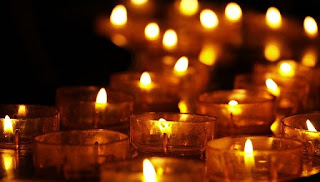 Note: This letter was written to be read at a BLM rally that I helped plan for my community. I took parts of my previous blog, and a drafted blog that held more pain and anger than I am willing to share here, and I certainly didn't feel comfortable sharing with my entire town.

My name is Krista Bennett. I’m black, Lakota, Irish, and Sweedish. I grew up here in this town with my parents and 3 siblings, all white, Sweedish, and English more specifically. I lived in Silicon Valley for 12 years and moved back here about 3 years ago. I have a 13-year-old who just graduated from Mountview Middle school; I’m super proud of her! And I just attended my 20th high school reunion from Wachusett Regional. It was great seeing my friends from high school again.

I was encouraged to talk from my heart about my experiences growing up here in Holden. I’ll fill you, folks, in briefly and with just a few snips, as this is a family-friendly event and, there is no way to fully explain the violence that occurred here in this town and brought about the colonization of my mind.

•In kindergarten, the little blonde girl refused to hold my hand during a circle time game because she thought the color of my skin meant I was dirty. This was allowed, she was told to move spots. I remember looking down at my hand wondering if I had been digging in the dirt at recess. No. I had been on the swings.

•In first grade, my teacher publicly humiliated me every chance she could, and my family sued the school for allowing her to. They won and I got glares from half the faculty from then on.

•In jr high, there were pictures at the church for the directory, and the photographer left me out of the picture because he thought I was the nanny.

•In high school, racial jokes flew around me, and I had to choose to not care and was told I shouldn't care because I'm "not that black."

•Not that black, yet I’d still be followed around the local stores as if I was going to steal something, and was ignored if I asked the clerks a question. I both existed as a criminal and didn't exist as a person at the same time.

•Not black enough, not white enough.

•It wasn’t until college when I was told the true value of my skin, or rather, the value that had been placed on my skin. I was a fetish. I laughed off the question, "no offense, but what are you?!" as that was how they flirted. I was the black girl, that was white enough to take home to mom. Or not, because as it turns out I was told never to come back to Gloucester and that she didn't want her son dating a black girl.

This is all said knowing full well that I have light-skinned black girl privilege. And tho my privilege afforded me the “luxury” of suffering racism more on the side of implicit than explicit, it was racism nonetheless as it brutally attacked my core being and fractured my self-worth.

That brings me to what I really want to address right now. All of that is in the past and I prefer to live here now and work in a forward-facing way. And we need to do everything we can to prevent implicit and explicit racism from fracture our community any further.

We need to talk about how completely horrific the past few weeks have been in this town.

Holden, we have a crisis on our hands.

Our town is suffering from a deep plague of violence that is being hidden.

•That violence comes in the form of bullying a teenaged girl out of her future, for saying something no worse than most of the people I went to high school with said on a regular basis while hanging out of a car window going 60 in a 45 with NWA or Sublime blasting.

•That violence comes in the form of the children on my daughter’s bus laughing about the death of a rap artist and chanting, “This nigga died, this nigga died -- hey everyone if you liked this guy he’s a nigga and he’s dead!”

•That violence comes in the form of that report to the school being dismissed as, “there was no proof.”

•That violence comes in the form of black white and blue flags hung from the porches amongst the flowers of many homes, without the understanding, or maybe with understanding and lack of care,-- that it is used as a disparaging symbol. --that it was created in retaliation to the Black Lives Matter Movement for calling the police out on their pointed brutality towards black people and their communities. -- and that it is used symbolically by the alt-right and white supremacists to assert dominance and to flaunt the allowance of vicious attacks on black people.

•That violence comes in the form of strategically placed bureaucratic hoops to jump through and roadblocks and promises made and promises broken far too late, in the effort to have this event.

•That violence comes in the form of veiled threats from our “peacekeepers”.

•That violence comes in the form of neglect, as a startling number of our community prefers to turn a blind eye to the cause.

•That violence comes in the form of slanderous and fallacious local publications, bent on terrorizing and punishing anyone who dares to have moral values.

What I want to share with you is that it doesn’t have to be that way. All of you here today know about this violence. You all know the pain it brings. Some of you may have even been targets of this undercurrent of terrorism.

What you may not know is that if you are not speaking out against it, you are complicit.

And so I give you the great assignment to go out there and don’t hold back. When you see something, say something. Be an Upstander. Not a ByStander.

•We need to make a zero-tolerance policy for racism in our schools, whether it be implicit or explicit; both are violence we don’t need in our schools.

•Parents we need to teach our children the strength of their words, “Sticks and stones” is no longer a helpful phrase. Words do hurt. The ones we use, and the ones we don’t. --We also need to be aware of the strength of our words.

•And lastly, be kind to yourself. You may say something wrong or hurtful and not know it. I’ve done it too. So if we’re corrected, we don’t have to hold on to that shame.  As Maya Angelou said, “Do the best you can until you know better. Then when you know better, do better.”

Holden, we are still learning, but we know better than to allow this violence, and we can do better. Let’s do better together. 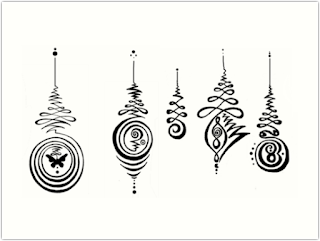